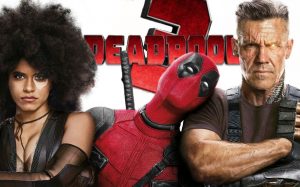 Guest of the American show Live With Kelly and Ryan last week, Ryan Reynolds has confirmed that the sequel to Deadpool is moving forward. “Yeah, we’re working on it right now with the whole team. We’re in Marvel Studios now, which is like changing divisions. It’s pretty crazy. So yeah, we’re working on it.” Recently, Ryan Reynolds previously posted a photo of himself visiting Marvel Studios.
For the record, this new Deadpool will be the first to be developed and produced under the Disney flag after the acquisition of Fox by the firm with big ears. To reassure fans of the franchise, Disney CEO Bob Iger had made it clear that this should not affect the tone and classification of the film which should remain R-Rated.

Deadpool 3, the first part of the saga developed and produced under the Disney flag after the acquisition of Fox, is advancing. Over the past month, Ryan Reynolds and the producers have met with several writers, and have agreed to hire Wendy Molyneux and Lizzie Molyneux-Loeglin. The pitch proposed by the screenwriters sisters of Bob’s Burger and The Great North convinced the team. It will therefore be the first film in the saga not to be written by Rhett Reese and Paul Wernick.

This announcement marks a first step towards the production of the feature film which should still be rated R despite the takeover by Disney. Kevin Feige and Disney Executive Chairman Bob Iger have both previously said they want Deadpool to keep his style. It would therefore be the first Disney film to be rated R.