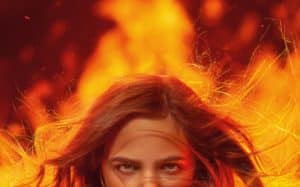 This new adaptation of the novel “Charlie” by Stephen King published in 1980 (the first film dates from 1984) completely left me cold, it’s still a shame for a fantastic film narrating the exploits of a young girl possessing gifts of pyrokinesis allowing him in particular to project fireballs.
Pursued by a government agency wanting of course to exploit her talent, and helped by her father himself endowed with a cerebral faculty worthy of a Jedi (the excellent Zac Efron), this 11-year-old girl will have to accept her difference.
The subject, if it had been better treated on screen, could have offered a more gripping and impactful work.
Instead, we find ourselves faced with a talkative and soporific thriller where the stakes are bland and the characters flat.
At times I felt like I was watching a bad episode of an old sci-fi series from the 1980s!