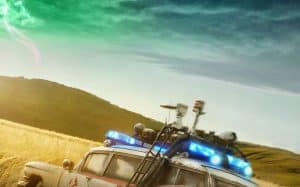 Who you gonna call? Ghostbusters! Ghostbusters are back in the cinema in short pants … Directed by Jason Reitman, S.O.S. Ghosts: The Legacy, is a direct follow-up to the 1984 and 1989 films made by the filmmaker’s father: Ivan Reitman.

In this new opus, whose first images are reminiscent of the Stranger Things series, Mckenna Grace (The Haunting of Hill House) and Finn Wolfhard (who disguised themselves as a ghost hunter in Stranger Things) move in with their mother (Carrie Coon) in a small American town. They find the Proton-pack, the costumes and the cadillac of their grandfather. Helped by Paul Rudd, they will discover the usefulness of this heritage …

The original ghost hunters, Bill Murray, Dan Aykroyd and Ernie Hudson should appear in the cast of this sequel as well as Sigourney Weaver. This opus therefore completely plays the card of nostalgia and heritage, whether in front of or behind the camera. As a reminder, the film will not take into account the reboot released in theaters in 2016