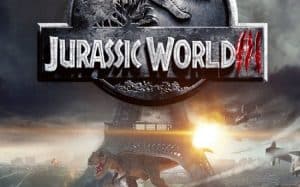 After Disney and Paramount, Universal in turn interrupted its current productions. In the lot, we find Jurassic World: Dominion by Colin Trevorrow, whose shooting started on February 25 in Hawaii and which was to bring together the original cast of Jurassic Park (Laura Dern, Sam Neill and Jeff Goldblum) and that of Jurassic World (Bryce Dallas Howard and Chris Pratt).

In a statement, the studio said it “continues to monitor the situation closely and will determine when to resume filming in the coming weeks”.

Coronavirus and cinema: cancellations, postponements, closings … What impact on the film and series industry?

The film’s release, which was scheduled for June 9, 2021 in France and June 11, 2021 in the United States, but due to the number of film interruptions, the studios’ schedule could possibly be changed.

On February 24, Mission: Impossible 7 was the first major Hollywood production to stop as the coronavirus began to invade Italy, where filming with Tom Cruise would begin. Disney also announced yesterday that it would pause its current productions, like Ridley Scott’s The Little Mermaid or The Last Duel.