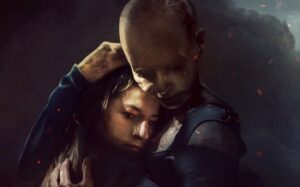 You Are Not My Mother

It’s the week before Halloween and Angela, Char’s mother, has inexplicably disappeared. All that’s left is his abandoned car. When she returns home without an explanation the following evening, Char and her grandmother realize that something is wrong. She may look the same and sound the same, but Angela’s behavior is increasingly creepy, as if she’s been replaced by a malevolent force. When Halloween arrives, a night steeped in ancient myths and legends, Char realizes that she is the only one who can save her, even if she risks losing her forever.
What is Samhain?
Samhain, or Samhain, is a festival with Celtic origins that celebrates the transition from the bright summer season to the dark winter season. It began at dusk around October 31 and certainly lasted between three and six days. It was celebrated in ancient Celtic communities in Europe, including Ireland, Wales and Scotland. It is highly likely that Samhain is the forerunner of contemporary Halloween celebrations. Samhain is also the modern Irish word for the month of November.
Statement of intent
Kate Dolan wanted to make “a chilling film that would tell a coming-of-age story while tapping into the dark Irish folktales” she grew up with. She also drew on her own family experience to deal with mental illness, while paying tribute to the women who surrounded her: “Irish women have been abused throughout Irish history and I wanted to make a film highlighting strong women from different backgrounds and having had diverse experiences. I was raised by several generations of strong women and it is something that we do not see enough in the cinema.